Language that is meaningless or is made unintelligible by excessive use of abstruse technical terms; nonsense.

History and Etymology for gobbledygook:

What exactly is gobbledygook, and where does the word come from? Texas Congressman Maury Maverick coined the word in 1944 to describe the frustrating jargon used by policymakers in Washington. It reminded him of the sound of turkeys gobbling.

● Tiffany quickly became disinterested in the politician’s speech, that was full of gobbledygook.

● Gina can always tell when her boyfriend Kevin is not being truthful, because he starts rambling gobbledygook.

● Even though the old man who lives next door talks alot of Jabberwocky and gobbledygook, my children understand, they still must show him respect.

● Justin was an unconvincing salesman who often resorted to obfuscation and gobbledygook, in hopes to sell unessential paraphernalia.

Next, on a sheet of paper or in the comment section below, write a few sentences using the word: gobbledygook.

Tip: Use the word during a conversation today. The more you familiarize yourself with this word, by consistently incorporating it in your vocabulary and writing, the easier it will be to remember the word. Figuratively speaking, you’ll own the word.

Our website is currently under construction. We apologize for any inconvenience.

dfoww is seeking volunteer editors and writers for our online writing workshop.

“dfoww” is a small nonprofit organization, with very limited resources. If you are interested in volunteering your time, talent, and or monetarily, please email us directly. We appreciate any and all donations provided in an effort to help us further our mission.

Our temporary email address is: 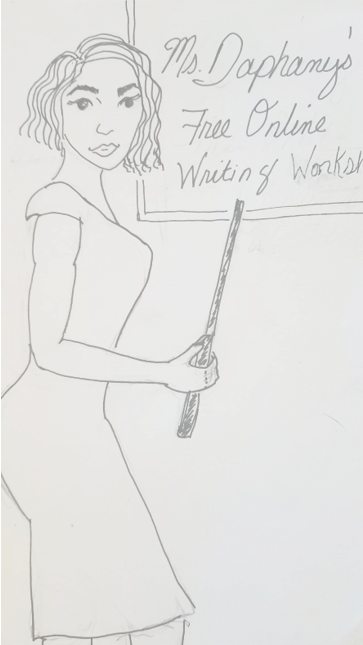